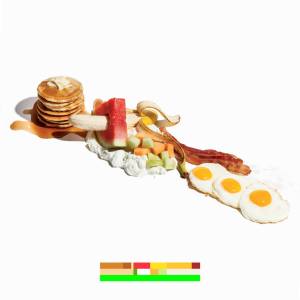 Yesterday, American indie math rock band ‘Battles’ announced a third studio album titled ‘La Di Da Di’ to be released in September. Their vibrant experimentation in instrumentation in their previous works of ‘Mirrored’ and ‘Gloss Drop’ makes this a highly anticipated release in high hopes that it will maintain the band’s quality.

The band manages to create a sound which is not quite prog, not quite indie, not quite post rock, but somewhere in the middle with math rock influence to create ingenious yet rather accessible music. Songs like ‘Atlas’ and ‘Ice Cream’ are even adapted in the media and featured on adverts, television or even video games; that’s how accessible it is. I think the best way to describe them otherwise is a more instrumentally and technically orientated version of art pop band Everything Everything, sharing similar instrumentation and erratic vocals (especially in ‘Dddiamond’).

Despite Battles being objectively not-prog, the technicality in instrumentation and structure in the band’s music is something to be respected, and even potentially enjoyed by a proportion of prog fans. If I’ve captured your interest here, I’d highly recommend the band’s debut album ‘Mirrored’ – it’s a personal favourite of mine and would never hesitate to push it on anyone.

For those of you already familiar with Battles, are you as excited as I am for this new release?