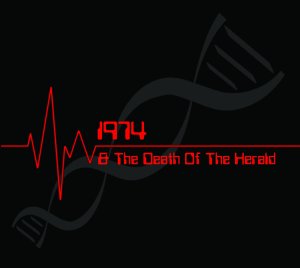 Alright, alright. I’m sorry about this morning’s [introductory] post. Even though Lulu’s a real “progressive” record coming from Metallica, as in not classic prog, but literally a progress on their sound. Anyways, let me apologize by introducing “The Progscure Chronicles”. Here, I’ll talk about an underground prog band that should really deserve some more praise or recognition in our community!

This one’s for the fans of the 1970-1980s prog. 1974 is making some tasty concept-driven prog rock about space battles and post-apocalyptic stuff. It’s full of synths, power chords and overall cheese, but who doesn’t like some cheese? There’s also male and female vocals in the band which makes for some great diversity there. The songs are well built and just seem to take you back a few decades. Give them a listen and then a like, or vice-versa, I don’t care!