There are countless websites posting their ‘best-of-the-year’ lists. Much fewer, in comparison, write about the worst releases. And, since I’m apparently now well-known for having a passionate love for the prog – which means I’ll immediately repugnate bands and artists who make poor prog -, I thought this would be quite fitting for me.

Let’s establish some standards, before we begin. First, of course I won’t be discussing the absolute worst releases of the year. That would mean listening to an innumerable number of practically unknown bands and garbage with practically no resource, talent, and inspiration. I’ll be focusing my sights on the progressive rock and metal genres, with a particular attention to the bigger names of the scenes. Why? Because, as renowned artists, they have to live up to higher expectations. Whether this is good or bad will not be discussed, here, but it’s a fact. Failure to do so will summon a strong divide in their fan base: on one side, the fanboys and fangirls of the band, and, on the other side, the reasonable persons.

The fans live in a delusory world where their beloved artists can do nothing wrong, or, when they do, they will still unconditionally love it. Reasonable people will be able to show and tell the flaws in a band’s discography, with its low and high points, and be able to give and receive arguments. Fans will feel love and anger towards the people behind the band; people with a brain will direct their emotion towards the musical pieces instead, and be able to discuss their tastes with other persons, and, if it comes to this, agree to disagree.

So, what makes me ew an album? It’s when it’s an insult to the term progressive; when the hype has ruined the album, whether said hype came from the band itself, the media, or the fan base; when the term dad can be put before either prog or rock; or when the music feels uninspired and botched. This is purely subjective, and many of you will most likely have the albums I’m about to mention on their best-of lists. However, these albums didn’t make it, for me. Not at all.

Let’s begin, shall we?

No, Ross, putting neon shutter shades won’t redeem you nor your band. First off, I have to say there are a few good songs on Affinity, namely ‘Initiate’, and ‘The Endless Knot’, but the bulk of the over-one-hour-long album consists of poorly-executed odes to one of the absolute worst eras in recent music history. To be fair, the band’s riffs and song structures are still almost always on point, but they are caged within a restrictive and retrogressive frame that is inherently detrimental to the progressive nature of the music. The notable exception, on the subject of song structure, goes to ‘The Architect’, the 16-minute epic, for meandering aimlessly and anticlimactically, leaving us only the shadow of a bland taste in mouth.

Oh, how low you’ve fallen. From the heights of Emperor, to the summits of your solo career, to Arktis.. Uninspired, uninventive, uneventful… The album shows one’s struggle with keeping the train rolling without any coal to shovel in the engine. This is a slap to the face to both progressive metal and extreme metal, being only derivatively progressive and gerontologically extreme. A few interesting moments sprinkle the hour of waiting, but they are more like a leaf of grass in the snow than an oasis in the desert.

Opeth is dead. No, it’s not when they released Ghost Reveries, like purists will tell you. It’s not when they released Heritage either, as the metalheads say. It’s right here, with Sorceress as tombstone. Ghost Reveries and Heritage still kept the Opeth sound intact. You would listen to any song from these two discs and be able to tell right away which band was behind the set. This exercise proves much more difficult, this time around. Sure, some passages are a giveaway, like the intro to ‘Sorceress’, but, those and Mikael’s voice aside, it would be a lucky guess. Not only did the music dip below the water level, but the concept and lexicon used herein are quite astray from what we’re used to. Sure, Opeth have never been talented quills, but this is risible. Opeth is dead. May it rise from its ashes.

I’ve never been a huge fan of Gojira to start with. Their only album I seem to appreciate is The Way of All Flesh, and I don’t know how much of a role nostalgia plays in this. However, as they claimed Magma would be their darkest and most different album to date, my blood machine grew a bit warmer with the expectations of something I might eventually like. These hopes were shattered – once more -, sending my heart back into hypersleep. The French brothers in Gojira still clench their hands around their own idiosyncrasies as if they were immutable constants, making it hard to see where Magma is so different from the rest. Of course, there might be a bit more drone, and a bunch more clean vocals, but the source is the same and is as museless as ever. To add to this, the song structures are inane, and their positions on the track listing is aberrant at best. Stop trying. 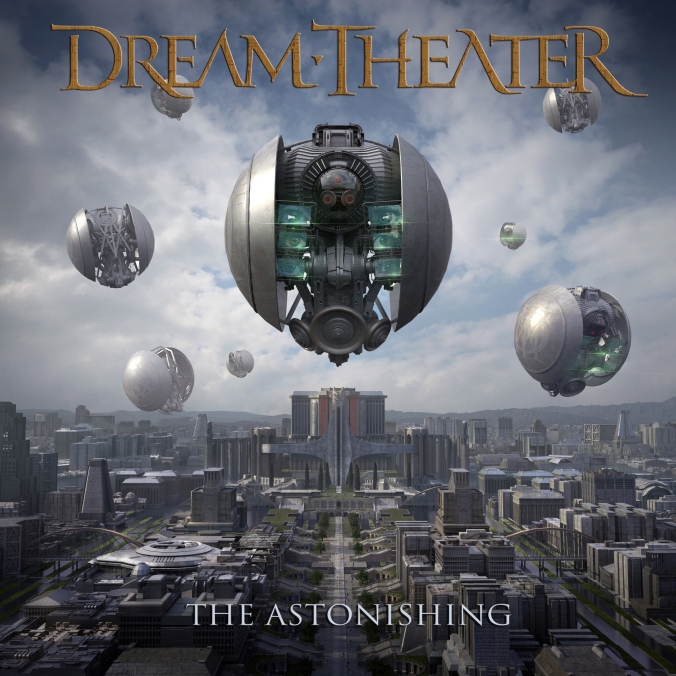 This cannot be real. It has to be a joke. Why didn’t anybody stop John Petrucci before it was too late? On the list of jokes that went too far, The Astonishing is [alt-]right under Donald Trump and the Brexit. The concept behind this unbearably long double album takes all dystopian future clichés in fiction and mashes them together in an unpalatable stew. There’s the Christian mythology parallels to be drawn, Rush’s art vs. reason dichotomy, Star Wars’ (and many others) Empire vs. Rebels, and many, many others which I won’t exhaust here. On top of the conceptual tropes, the musical memes from which the songs are made are plainly horrible. That’s without even mentioning the overabundance of ballads and fillers, the abysmal sound of the drumkit, the annoying exuberance of Mr. Rudess, the cringetastic lyrics, the kitsch synthetic strings, the lacking vocal delivery, and the plans to transpose the album on other media such as the theatre, a book, and a video game. Seriously, stop, you won’t make The Astonishing happen.

Ewwwwww
Redemption’s The Art of Loss

I was ambiguous whether to include this album or not, because, let’s face it, who had any expectation or hope for it? However, the album is so frustratingly bad that I had to. Redemption had a few promising moments on The Origins of Ruin, most of all, and also some on Snowfall on Judgement Day, but, since then, they keep losing altitude with no sign of rectifying their path in sight. And that’s after a five-year wait since 2011’s This Mortal Coil. Seems like their little vacation didn’t yield any good. The music on display is so bland, so generic, so boring that it sounds ‘progressive’ merely because it’s just like every other band from which it rips its riffs and song progressions. Oh, and ‘Love Reign o’er Me’ reaches unfathomable depths of quality, as a song. I had no hope in it, and yet The Art of Loss disappointed me.

Ewwwwwww
Dream the Electric Sleep’s Beneath the Dark Wide Sky 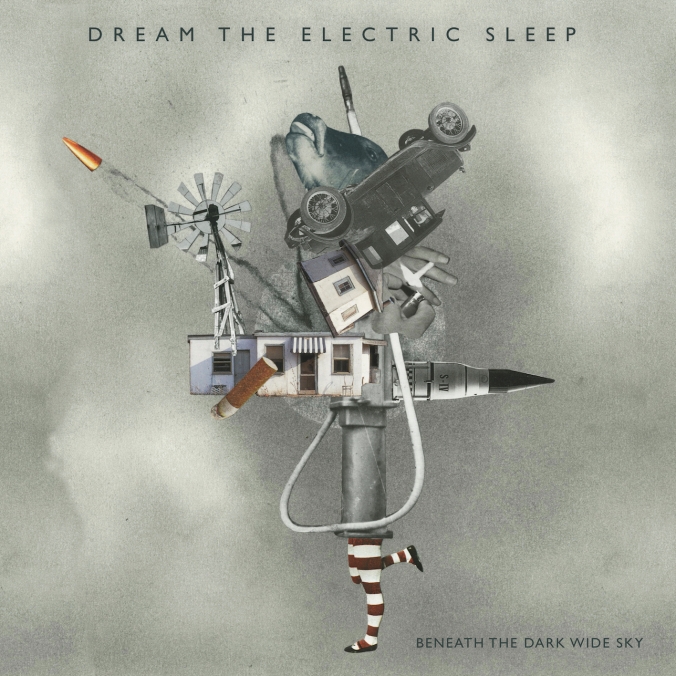 How? Why? How did this abomination get through all the necessary steps to create, produce, and publish an album? Dream the Electric Sleep’s Heretics, although not Earth-shattering, was a pretty decent alternative progressive rock debut that sounded like a more prog-oriented Coheed & Cambria, perhaps. Throw everything you think you knew about the band out the window, because Beneath the Dark Wide Sky takes a big, fat, stinking dump on everything prior to itself. I think the strategy behind this was, instead of trying to fulfill and surpass the expectations, to avoid them entirely and readjust to a completely different track where no obstacles lay. Even more, this path is steeply inclined downwards and, just beyond the near-sighted visibility range of the band, leads to a super-sized wood chipper. The band has chosen this way with well-oiled roller blades strapped to their feet. Damn, I’ve written too much metaphor and must go back to reviewing it very concisely. Bad, bad, not good.

Ewwwwwwww
The Neal Morse Band’s The Similitude of a Dream

Yet another completely unwarranted two-disc concept album. I have a little history with this one, actually, but you might know it already if you’re a regular reader of this blog. Briefly, it’s just that Mr. Portnoy unashamedly gloated about this being the crowning jewel of their careers, being the best, or one of the best, album he has ever played on. For some time, I almost fell for it! When they released the music video for ‘Long Day/Overture’, I was highly optimistic about it, because, yes, ‘Overture’ is great. It’s the only thing that even comes close to this adjective throughout the almost two-hour album. The rest consists of abhorrently, loathfully bland masterpieces of ‘dad prog’. The concept itself fails to be even slightly interesting, and the music fits perfectly. Each song is a stereotype of rock and progressive rock that is painful to listen to. The Neal Morse Band is doomed from the start and has absolutely no redeeming qualities. 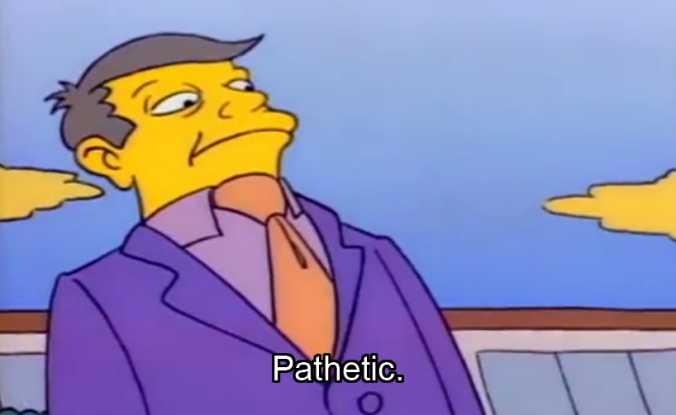 2 thoughts on “Frog’s Top Ew of the Year”