Following on from yesterday’s article, this is the conclusion to my Disappointing Albums of 2016 list, where I discuss the albums that personally let me down this year. What? You haven’t read Part I yet? What are you doing here? You’ll ruin the surprise!

Disclaimer: this is NOT my ‘Worst Albums of 2016’ list

Some of the albums on this list I genuinely like – but not these two, oh no, not these two. As ever, if you disagree, if you’re outraged and want to challenge me to a fist fight or if you want to counter my arguments, feel free to give your thoughts in the comments section below! 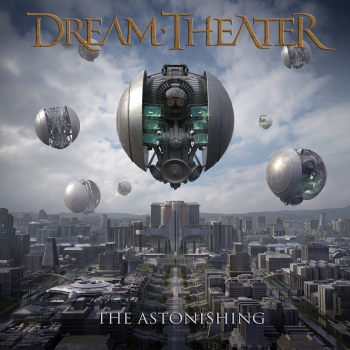 Make yourself a cup of tea, this might be a long read:

If you’ve been an avid follower of Prog Talk, you’ll know that we’re not exactly fans of The Astonishing, especially yours truly. I do think that it is one of the weaker albums I’ve heard all year, possibly the weakest, and I would’ve put it at #1 – that is, if I had the highest of hopes for this album, which I didn’t.

An expectation I had for Dream Theater’s 13th album, the ‘dystopian’ rock opera that spans over 2 hours, is that it would either be the crowning glory of their discography or it would be utterly abysmal. The main thing that disappointed me was that it wasn’t either – it ended up being quite sub-par. Though for how little I actually like the album, boy, I sure do love talking about it.

At first, the premise sounded interesting. A return to narrative-driven concept albums like Metropolis Part 2? The slow unveiling of characters, location and lore behind The Astonishing and prospects of being told through different media like novels and video games? Although I didn’t care much for Dream Theater‘s self-titled album, in which I believed the band were continuing their artistic decline, The Astonishing caught my interest, and I was hoping it could prove me wrong.

And then they released the trailer. Oh boy.

Now, I’m no animator, so I couldn’t possibly comment: but, being such an established band, you’d think that Dream Theater would be able to hire people that could produce a better animation than what looks like a first year college project – what with its hilarious facial tweening and unconnected scenes, such as the silhouetted man performing a rather enthralling hammer throw and a kid’s body fading into the back of a huge raven like some grotesque chimera. The new trailer thankfully removes these faux pas, but I won’t forget, oh no. Frankly, this is the most entertaining thing related to The Astonishing I’ve seen and I want everyone to remember it. But anyway, I’ve had my fun – let’s move onto the actual music.

Dream Theater, what were you thinking?!

The Astonishing’s length is not a problem itself, but Dream Theater (or rather Petrucci and Co. given how much he’s turned the band into his personal project) fail to make it consistently interesting to listen to, making the two hours or so a test of endurance rather than an enjoyable experience. There’s an unusually high number songs that are built as ballads, by Dream Theater’s standards, with progressions that are less apparent if present at all. The band stays quite disappointingly restrained across the album compared to what we know they’re capable of: John Myung has been given such little presence he might as well not be there; Mangini will always sound robotic as long as there’s a guitarist trying to write drum parts; the orchestral sections sounds disingenuous, but at least Rudess’ electronica-like intermissions are interesting on his part, such as ‘The Hovering Sojourn’. The best performer on the album is James Labrie, who I commend highly on entertaining tracks such as ‘Lord Nafaryus’ and ‘Three Days’, but even he can’t redeem the lyrical hogwash he’s singing.

Out of the album’s 34 tracks, I can count those that I genuinely enjoy listening to on a single hand – the aforementioned plus ‘Moment of Betrayal’ are the only ones that spring to mind. It’s not that the rest are bad, though there a few terrible exceptions, frankly most songs are just not interesting enough to warrant extending the album’s run-time. Though I will say that some instrumental tracks, like ‘2285 Entr’acte’, are quite fun and it’s nice to hear reprises of motifs from other songs; it’s these moments where the band seems to be enjoying themselves and where the music isn’t clouded by a concept that takes itself too seriously.

Leading on from this, easily the biggest problem with this album is John Petrucci’s concept. The lyrical nuance, characters and totally-not-2112 storyline read like that of a 14 year old’s DeviantArt fanfiction: the protagonist called Gabriel; the antagonist called Lord Nafaryus; Faythe!? – it’s laughable that this isn’t satirical. I’m left utterly bewildered how Petrucci could go from co-writing the concise and enthralling story behind Metropolis Part 2, to writing… well, The Astonishing.

To put this rant simply; The Astonishing is a few decent songs drowning in a sea of a whole lot of nothing. On reflection, it might just be my worst album of the year. It wouldn’t have been, if it wasn’t so insufferably long and its highlights so thinly spread, but I can’t think of another album from 2016 that I groan so hard at the thought of having to listen to it fully again – believe me, I did that a lot whilst writing this article.

But still, it’s not the most disappointing album of 2016 – that award goes to our final entry. 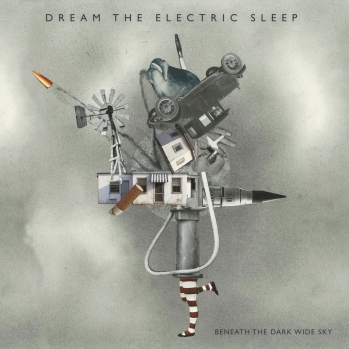 What can I say? I looked forward to this album so, so much. I wanted to like this album, I really did, but… I just can’t.

Ex-progressive bands are by no means doomed to fail: I, for one, loved The Mars Volta’s Noctourniquet, where the band’s traditional progressive elements were downplayed in favour of a more electronic sound; and of course, Genesis boasted commercial success with Phil Collins and his pop agenda at the helm – whether you deem this as a success or not is down to how much you worship the Gabriel era. But here, Dream the Electric Sleep have not made any substitution, they just removed their progressive elements and made what sounds like your run-of-the-mill arena rock record.

It’s acceptable, I will say that; there’s very little that’s downright offensive, the one case being ‘The Good Night Sky’ that sounds like dime-a-dozen singer-songwriter tripe. There is nothing stellar about Beneath the Dark Wide Sky – there is nothing I can point to that excites me to a level that Heretics did. I will admit that I do like a few moments on the record, such as the lackadaisical chorus in ‘Flight’; the lovely interlude ‘Last Psalm to Silence’; and ‘Black Wind’, where Matt Page’s vocals actually stop me from falling asleep – these parts did surprise me, but these sparse moments can’t redeem the rest of the album from being mundane. Everything else just feels so sterile with songs that lug and plod over the album’s 57 minutes, reeking of conventional rock genericisms and lacking the interesting progressions that the previous album had – it’s just chorus, after chorus, after boring chorus.

Beneath the Dark Wide Sky isn’t the worst album ever made, but it’s certainly one of the most boring and disappointing of the year. For a band that gave us Heretics, such a fantastic album and one of my favourites from just two years back, it’s disappointing to the point of being shameful. I would say that I hope Dream the Electric Sleep will be more adventurous next time, but frankly, I just don’t care what they do from here on out.

Well that concludes my Disappointing Albums of 2016, thank goodness! It’s awfully depressing having to remind myself how much these albums let me down this year, though on the other hand it is quite cathartic.

In the meantime, have yourselves a happy New Year! It can’t be any worse than 2016, surely?…